A Missed Letter (i) Gives Us Martians

Back in 1877, Italian astronomer Giovanni Schiaparelli reported a rather shocking discovery: There were “canali,” or canals, on Mars. Since canals are artificial by definition, this caused a shitstorm of speculation about the possibility of a long-vanished race of Martians who must have made the structures to irrigate their crops. People assumed that Mars must have once been populated by a civilised race of brilliant engineers. 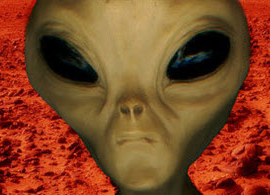 Venusians, hypothetical inhabitants of our closest neighbour on the sun-side, never witnessed the same popularity. By the time the 20th century got going, Martians on Mars were a done deal, and it was all because of one itty-bitty “i.”

(anything) with silent contempt; ignore [by keeping

silence]; remain in a wise and masterly inactivity.

In July of 1945 allied leaders meeting in Potsdam submitted a stiffly-worded declaration of surrender terms and waited anxiously for the Japanese response. The terms had included a statement to the effect that any negative answer would invite “prompt and utter destruction.” Trumann, Churchill, Stalin and Chiang Kai-Shek stated that they hoped that Japan would agree to surrender unconditionally and prevent devastation of the Japanese homeland and that they patiently awaited Japan’s answer. Reporters in Tokyo questioned Japanese Premier Kantaro Suzuki about his government’s reaction to the Potsdam Declaration. Since no formal decision had reached at the time, Suzuki, falling back on the politician’s old standby answer to reporters, replied that he was withholding comment. He used the Japanese word “mohusatsu” derivedd from the world “silence.” and that they patiently awaited Japan’s answer.

As can be seen from the dictionary entry quoted at the beginning of this article, however, the word has other meanings quite different from that intended by Suzuki. Alas, international news agencies saw fit to tell the world that in the eyes of the Japanese governement the ultimatum was “not worthy of comment”. U.S. officals, angered by the tone of Suzuki’s statement and obviously seeing it as another typical example of the fanatical Banzai and Kamikaze spirit, decided on stern measures. Within ten days the decision was made to drop the atomic bomb on Hiroshima.

Tied have always been excellent at providing timely, accurate and cost effective translation services. Due to the nature of our work, deadlines can be tight and accuracy is vital – Tongue Tied have always delivered to a very good standard. I would certainly recommend their services to other professional services firms”

“We have found Tongue

Tied to be the most reliable, efficient and prompt translation company we have used both in Latin America and Europe. Turnaround is always on-time, and the quality never disappoints. No matter what locale a company operates in, we always recommend our clients and suppliers go to the UK, and use Tongue Tied”

after starting a translation project with another supplier of such services but finding that they were delivering poorly. Tongue Tied provided an excellent and friendly service at a much more reasonable price, making me wish we had discovered them sooner. Now Tongue Tied is our supplier of choice for translations – keep up the good work!”

Tongue Tied for multi-language translations for a number of years. The team at Tongue Tied have consistently provided an efficient, professional service and we have no hesitation in recommending them.”

translations themselves were highly accurate – not only because of your team’s linguistic abilities, but also their understanding of our business, the project and the target audiences for the various pieces of collateral.

Most of all though, I must express my gratitude for the speed and the patience of your team. The project moved, changed and expanded – and it is true to say that without Tongue Tied’s help, we would have found it very, very difficult to meet our deadlines”